Accepting failure is not easy.

Failing at something can be crushing. Especially if you poured your soul into it.

So how do you deal with failure?

It sounds cliche. It sounds stupid. It sounds too simple. But this is the lesson I've learned from the world's greatest achievers. 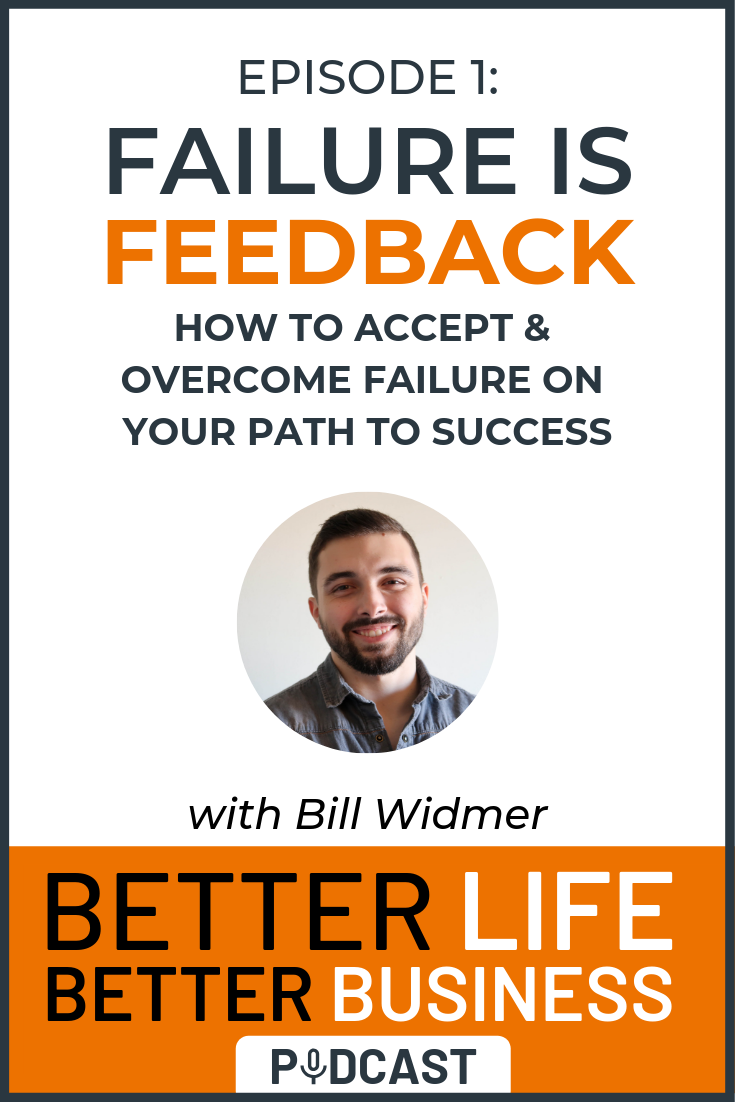 Failure is feedback. If you're not failing, you're not trying. @TheBillWidmer

To learn how to accept failure, let's look at how other's have done it already.

The Rocky movie franchise earned over $1.4 billion at the box office, making it one of the most successful franchises of all time. Yet, while many know the story of Rocky Balboa, few know the story behind this legendary film's creation. 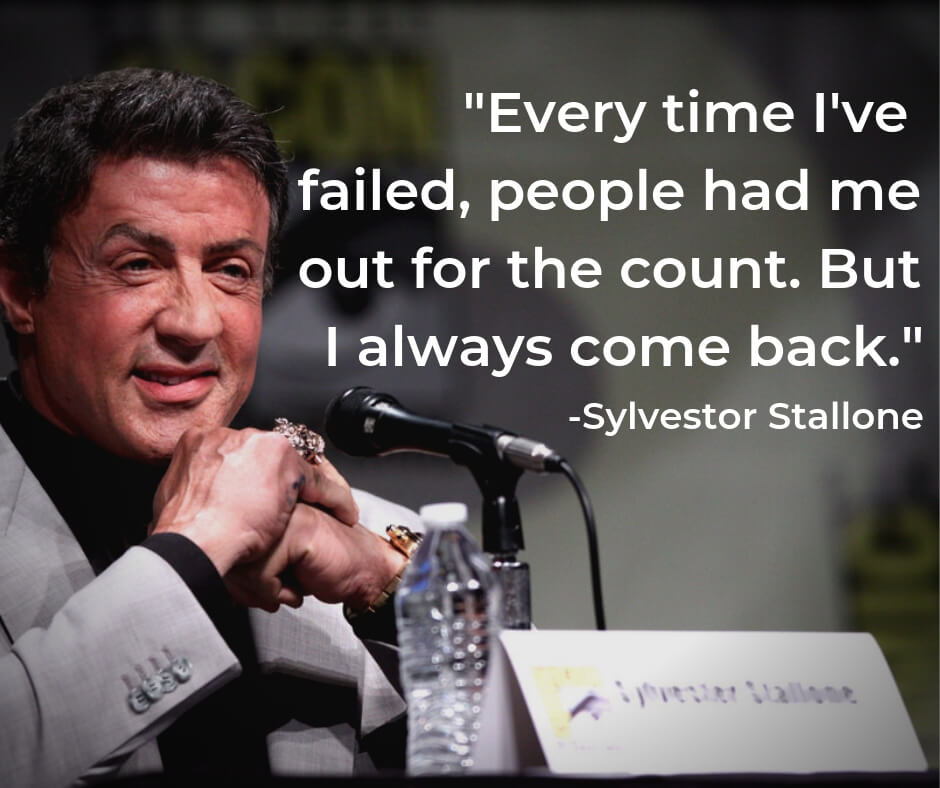 In the early 70s, Sylvester Stallone was an unknown actor trying to make it in New York—one among thousands. Broke, beaten and desperate, Stallone sold his dog to a man outside a liquor store for a measly $25 (negotiated down from $50).

He loved that dog. You'll soon see how much.

What happened next? The script. The legendary script that was created as if out of magic.

In one interview, Stallone said, “And then one night, I went out to see Muhammad Ali fight Chuck Wepner. And what I saw was pretty extraordinary. I saw a man called 'The Bayonne Bleeder' fight the greatest fighter who ever lived. And for one brief moment, this supposed stumblebum turned out to be magnificent. And he lasted and knocked the champ down. I thought if this isn’t a metaphor for life.”

He proceeded to write all 90 pages of Rocky in three days!

There weren't even 1500 agents in New York at the time. He had gone to every single agent multiple times—even after being thrown out.

Stallone had failed again and again. He hit brick wall after brick wall. Would you keep going after 1500 rejections? How about after 10? 5? 1?​

With one caveat: He couldn't act as Rocky.

Stallone wouldn't have it. He refused, saying he was destined to play as Rocky. He was Rocky!

Stallone said, “I thought, ‘You know what? You’ve got this poverty thing down. You really don’t need much to live on.’ I sort of figured it out. I was in no way used to the good life. So I knew in the back of my mind that if I sell this script and it does very very well, I’m going to jump off a building if I’m not in it. There’s no doubt in my mind. I’m going to be very, very upset. *Laughs* So this is one of those things, when you just roll the dice and fly by the proverbial seat of your pants and you just say, ‘I’ve got to try it. I’ve just got to do it. I may be totally wrong, and I’m going to take a lot of people down with me, but I just believe in it.’”

Finally, the producers offered him $35,000 and allowed him to play the part in the movie. They also gave him a share of the profits to make sure he had skin in the game.

With a $1 million dollar budget—a measly sum for a movie, even in the 70's—they began production.

The rest, as they say, is history.

But what about the dog? I told you you'd soon see how much he loved that dog, the one he sold for $25 outside a liquor store. 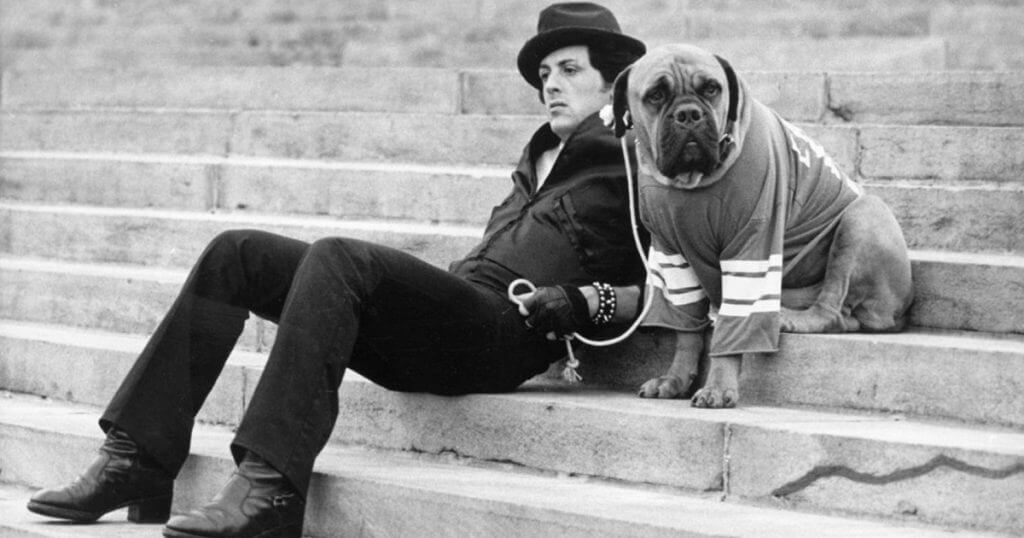 The first thing Stallone did with his newfound "fortune" was stand outside the liquor store for three whole days, waiting for the man he sold his dog to.

What does this have to do with failure?

What doesn't it have to do with failure?

This story isn't a rare one. Many of the world's most successful people failed miserably, often many times over...

My point? Failure is feedback.

If you're failing, it doesn't mean you suck or you're a failure at life. It simply means you haven't yet gotten the formula down. Every failure is a chance to learn what doesn't work—whether that means what you don't like or what simply won't work.

If you're not failing, you're simply not trying. Everyone fails. It's a vital step on the path to success.

If you're not failing, you're simply not trying. Everyone fails. It's a vital step on the path to success. @TheBillWidmer

So how do you deal with failure? You accept it.

How do you accept failure? You just keep trying.

Persistence is the key to overcoming failure. Persist, and you will win.

In this episode, you will learn:

Links/resources mentioned in the show:

Like What You Heard? Check Out Some Of Our Other Episodes...

Let us know what you thought in the comments!